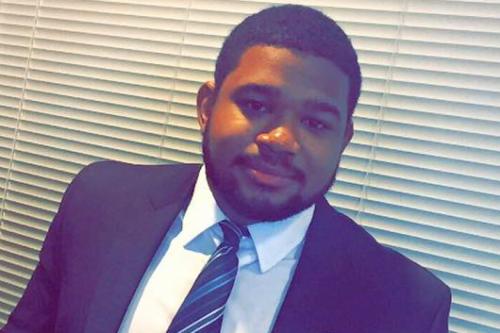 Isiah Lyman is a 3L originally from Phoenix, Arizona. Isiah attended Tusculum College in Greenville, TN for undergrad where he received a B.A. in Political Science and a secondary B.A. in History. Prior to law school, Isiah managed concessions at the Greenville Astros Baseball stadium, a minor-league affiliate of the Houston Astros. Last summer, Isiah was able to assist clients while externing with the Iowa State Public Defenders Wrongful Convictions Division. Since being at Iowa Law, Isiah has been an active member in the Citizen Lawyer Program and the Iowa Student Bar Association as a class representative. Isiah also dedicates himself to continued social advocacy by volunteering with Brother’s Achieving Manhood (BAM), which focuses on fostering the academic and social achievement of high-risk students. He is particularly passionate about this program as it allows him to mentor the youth. After graduation, Isiah plans on continuing his advocacy at a non-profit organization or government agency as a political analyst where he can use his legal skills to reform education and the juvenile justice system.